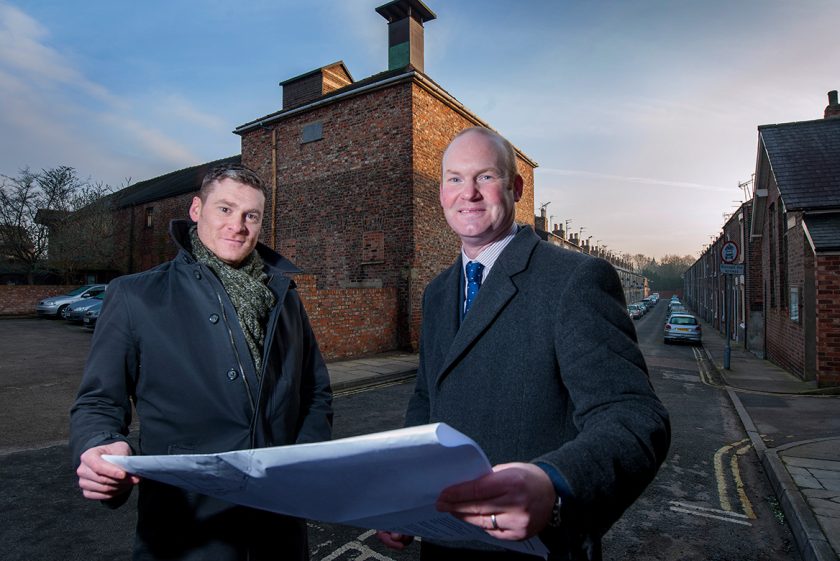 NEW LIFE is to be given to part of York’s historic brewing heritage with refurbishment plans being submitted to the city’s planners this month (Jan 15).

A plan by York-based developer, Northminster Ltd, to transform 19th century malting house, Clementhorpe Maltings, owned by City of York Council, into six family town houses is being submitted to the local authority.

Northminster Ltd, which has developed 20-acre Northminster Business Park on the outskirts of the city and has also applied its expertise to several York city centre residential schemes, is submitting the plans after having agreed with City of York Council to purchase and redevelop the property.

Plans to develop the historic Grade II Listed 10,000 sq ft malting house, one of only a few remaining in the country, includes creating an open three-storey communal entrance with a part-glazed roof used to display of some of the original integral machinery of the malting process which include a cast iron steep, a corn-dressing machine, double-bucket elevator, a large hopper for storing grain and a kiln furnace by H.J.H. King, thought to be one of only two remaining in the country.

It is also planned to retain other original historic features such as timber trusses, malt bin doors and steel mesh used on the floors of the drying room as design features within the new homes.

“We have an excellent working relationship with City of York Council and believe we have come up with a highly-innovative scheme which preserves the history of the building while creating unique and attractive homes which respect the structure and surrounding neighbourhood in this popular area of York.”

NEW ERA: Pictured inside Clementhorpe Maltings are (L to R) Northminster Ltd managing director, George Burgess and Northminster Ltd development surveyor, Alastair Gill. One of the malting artifacts, a hopper for storing grain, can be seen hanging from the ceiling to the left of the picture.

According to research by York Archeological Trust, Clementhorpe Malting’s was built in the late 19th century and is known to have been used by Tadcaster Tower Brewery Company, which was formed in 1882 with the amalgamation of three local breweries, from 1895 until the late 1950s.

Two years ago Clementhorpe was ranked ninth in The Times top 30 trendiest places to live in the UK and likened to the hip London suburb Notting Hill. Northminster believes that, if City of York planners give the go ahead, the unique, heritage nature of the homes will be popular in an historic, resurgent area of the city with a village atmosphere and many quality independent shops.

Alastair Gill adds: “As this is a Grade II Listed building, our plan is for a sensitive refurbishment embracing the history and heritage of the structure and preserving it for future generations. The ground ‘growing’ floors are only 5ft 4ins high which represented quite a problem so our plan divides the property vertically rather than horizontally to create characterful properties with modern amenities but an attractive historic feel.

“This is a very challenging property which has been vacant for many years but with the right approach, and our usual attention to detail, stunning family homes can be created.

If planners give the scheme the go ahead, two of the homes will have two bedrooms and four will have three bedrooms. The total gross development value of the project will be about £1.74m with building and refurbishment taking around nine months. The homes are expected to carry a price tag of between £235,000 and £350,000.