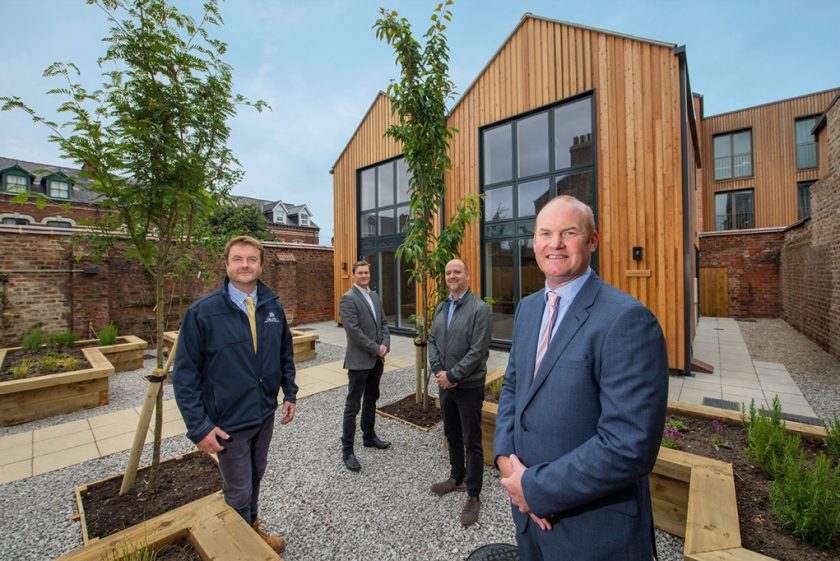 Nine new homes, which form part of the transformation of a disused 19th century convent in York, have been sold for a total of £2.3m since going on the market last September (2019).

The original ecclesiastic buildings, which lay disused for six years before Northminster Ltd acquired the site in 2018, are the Extern House, which dates from 1874 and The Lodge, built the following year. Their transformation gives buyers the first chance to purchase the properties for 150 years.

As The Lodge and The Extern House are Grade II listed, each apartment features a different lay out and size to retain many historical features.

Northminster Ltd also gave as many apartments as possible their own front door, reducing the need for communal hallways and to offer most their own outside spaces as well as a communal garden with fruit trees and herb and vegetable planting beds, reflecting the communal nature of the convent garden. Ornate, 150-year sign writing was found behind boarding on the original convent gates.

The four new-build properties have a contemporary design with feature glazing and larch-clad elevations.

Northminster Ltd development surveyor, Alastair Gill, says: “It has been an outstanding achievement by all involved to conclude these sales and achieve practical completion of this exciting revitalisation of this part of York’s ecclesiastic history.

“EPBS went to extraordinary efforts to progress site works while maintaining safe working practises, LHL Group has been outstanding in its management and attention to detail and Hudson Moody was key to delivering completed homes and liaising with purchasers.”

St Joseph’s Convent was founded in 1864 by a group of sisters from a convent in Bruges, Belgium. The original buildings were designed by local Roman Catholic ecclesiastical architect, George Goldie, and built between 1870 and 1875.

The convent was home to 40 Poor Clare Colettine nuns, an enclosed order, during the 1940s, but numbers slowly declined and the convent became unmanageable for the eight remaining due to escalating running costs. They moved to a smaller property on the outskirts of York in 2012 so the site could be redeveloped.