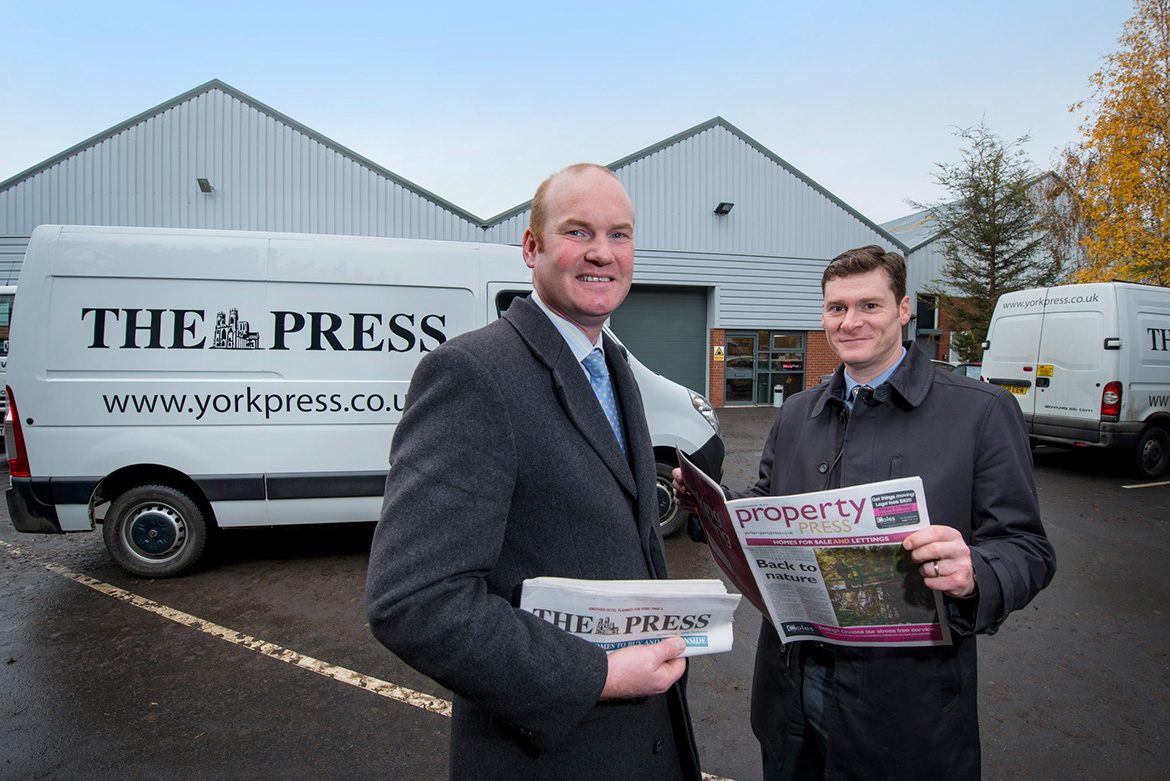 Newsquest (Yorkshire & North East) owner of the York Press and other local and regional newspaper titles, has leased Unit 2F, Glaisdale Road, which has 3,300 sq ft of light industrial space, with roller-shutter doors and dedicated parking.

The media publisher, which also owns the Northern Echo, Bradford Telegraph & Argus and Craven Herald, has leased the unit.

Newsquest needed the unit to relocate a team of staff and vans, who deliver the York Press to newsagents and supermarkets across York district, in preparation for the forthcoming redevelopment of part of the York Press headquarters in Walmgate, York.

Owner of 20-acre Northminster Business Park, Northminster Ltd, invested £1m in the renovation of Units 2E – 2H, which was formerly a single 12,000 sq ft warehouse, to create the four new separate units and extend the range of operational space available to tenants.

Newsquest (Yorkshire & North East) managing director, David Coates, said: “Northminster Business Park is a fabulous location for our distribution depot and Northminster Ltd’s professional and flexible approach made it easy for us to move there. We look forward to developing our business from this site.”

Only two of the new units, 2E and 2G, both suitable for light industrial use and each with 2,750 sq. ft. capacity, remain available to rent or buy.

Northminster Ltd Development Surveyor, Alastair Gill, says: “We’re pleased to have been able to accommodate a well-known local company like Newsquest. Our location next to York ring road is ideal for their distribution business and we look forward to supporting the business when it chooses to expand.

“The upgrading of the UK economic growth forecast has led to an increase in enquiries for units and we are encouraged by recent activity which has seen this letting, the letting of Endeavour House to Xeikon earlier in the year and the instruction of solicitors on Unit 2H, leaving only two out of five units still available.”

Among other tenants at Northminster Business Park are Renishaw Plc, Unilabs, McCarthy & Stone and Pavers.

Northminster Business Park, a former distribution facility, was acquired in 1995 and has been developed to become the base for more than 40 local, national and international businesses employing in excess of 500 staff.