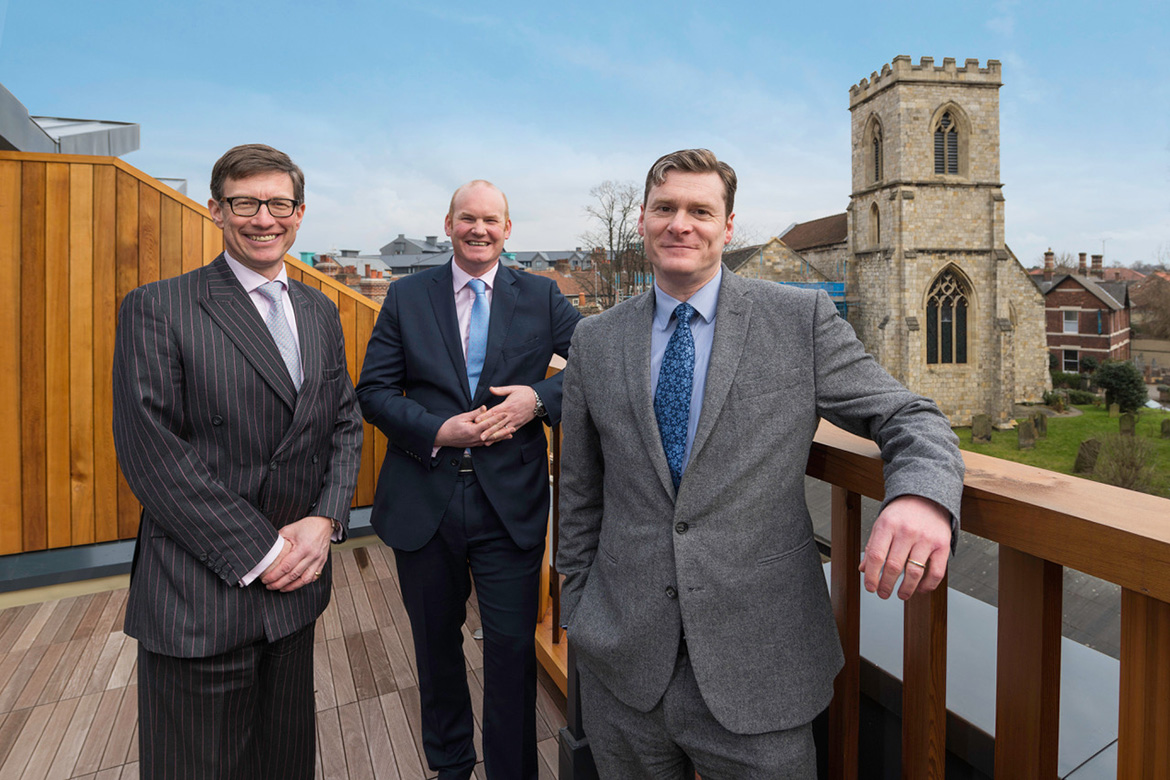 Half of an exclusive new York city centre housing scheme, which has regenerated a dilapidated former Victorian pub and yard, has been sold for £2.36m, only weeks after completion.

Four homes at the Nelson’s Yard, Dennis Street, between Piccadilly and Walmgate, by award-winning York developer, Northminster Ltd, have been sold since building work finished in November.

The £4.76m scheme has converted the former Lord Nelson pub, which shut more than 35 years ago and was later used as offices, into two family townhouses, retaining many original features and the historic Victorian façade, and created a terrace of six four-storey, three-bedroom homes in the yard, with gardens, balconies and roof terraces, giving skyline views over central York.

The Victorian glazed-brick-fronted pub building has been turned into two, three-bedroom homes with a £675,000 and £475,000 asking price, both of which have been sold along with numbers five and six in the new-build terrace, while one, two, three and four are still being marketed.

As well as selling quickly, Nelson’s Yard has been shortlisted for the residential category of this year’s Royal Institution of Chartered Surveyors (RICS) Yorkshire and Humber awards, hot on the heels of Northminster Ltd’s last residential scheme, Clementhorpe Maltings winning the national RICS Grand Final Residential Award 2017 and the Residential and Building Conservation categories of the RICS Yorkshire & Humber awards.

Northminster Ltd managing director, George Burgess, says: “A great deal of thought and hard work has gone into making Nelson’s Yard something special, including assembling a first-class professional team, and it is very rewarding that it has appealed to buyers so quickly, especially during the winter, and that it has already been shortlisted by the RICS in its regional awards.”

A director of Hudson Moody Estate Agents, York, Ben Hudson, says: “Nelson’s Yard has created a lot of interest in the York property market in one of the city’s up-and-coming residential areas. We knew the scheme would be popular because the homes have off-street parking, gardens and roof terraces which must be unique in the city centre, but we have still been surprised by the speed of the sales and are now marketing the final four.”